Thanatopsis – definition: a Greek word meaning meditation on, or contemplation of death; poem written by American Author, William Cullum Bryant, written in the 1800s in the transcendental period of English Literature

The Past – Established in 1992 in Oakland, CA.  Four demos released between the years of 1993 and 1997, numerous shows in support of major national acts, appearances on compilations for Extremities Zine and Milwaukee Metal Fest

The Album –  Produced, Engineered, Mixed, and Mastered by Juan Urteaga of Trident Studios. Initiation was released globally on October 23, 2020 on Extreme Metal Music.

Eight songs take the listener on an emotionally twisted ride of violent catchy thrashy death metal, with a sound unlike any other.  Themes include corruption, occultism, murder, anger, loss of all faith 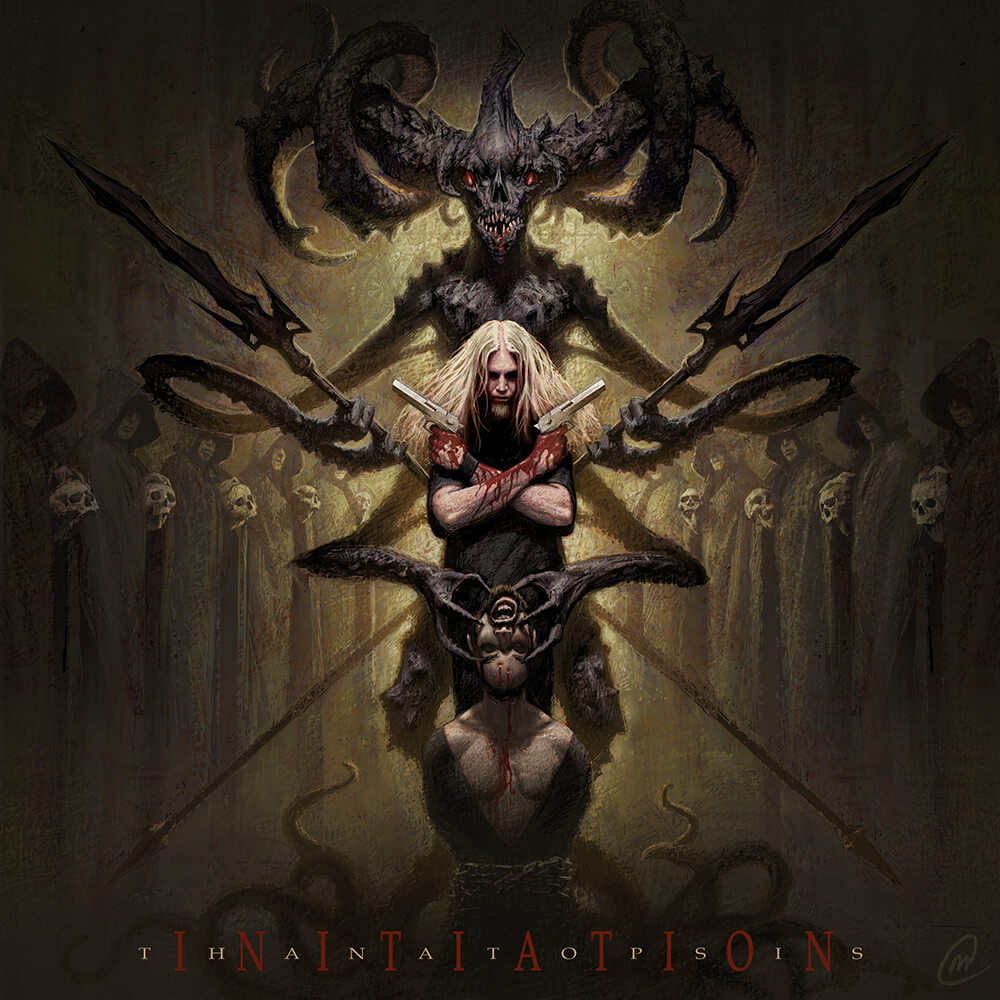 The Artwork – the album cover is a painting by acclaimed fantasy artist Matt Cavotta, and depicts imagery from the songs Malfated and the title track, Initiation